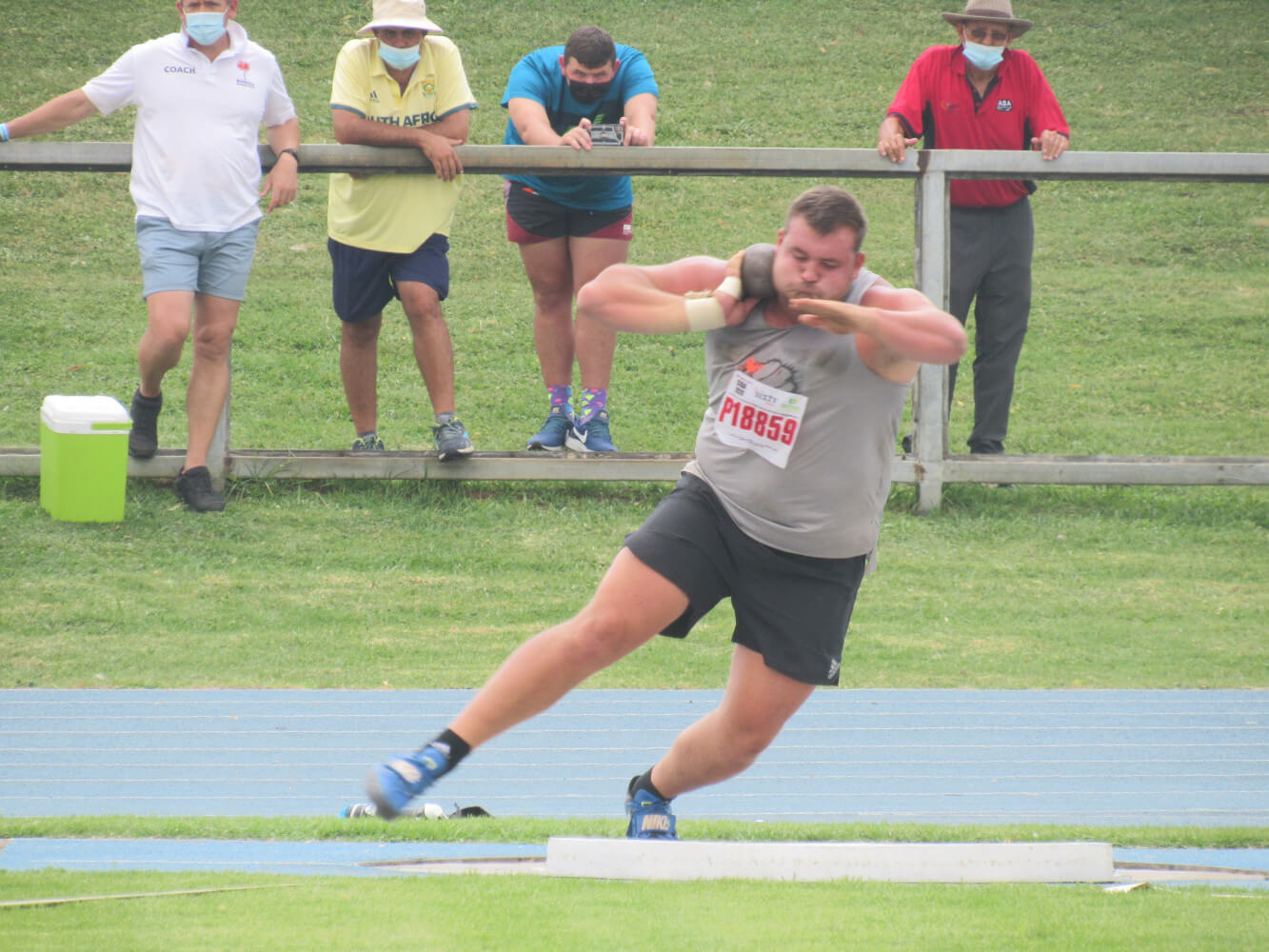 Central Gauteng Athletics hosted its final league of 2021 CGA Track and Field season on the 13 March 2021 at Boksburg Stadium.

With athletes from all over the country entered the event intending to better previous performances of CGA Track and Field leagues during this season of the Olympic year. CGA Track and Field commission confirmed that all the rules and regulations set out by ASA and Government were strictly adhered to at the competition venue.

The day opened with the glowing rising star Lythe Pillay with a good run out claiming his 2nd victory in the 400m Senior Men event. Pillay puts on an exceptional show to set his new personal best time of 0:45.53, following the first CGA Track and Field league where he achieved the time of 0:45.74 to qualify for the World Juniors Championships. South Africa’s 4x100m Olympic Games relay athlete, said was motivated to meet his fellow teammates during their first training session on Saturday, 20 February at the Tuks Athletics Stadium in preparation for the Olympic Games.

The shot put event was the toughest and straining event of the day when Kyle Blignaut took on his teammate Jason Van Rooyen of UJ and Heugene Murray of Benoni Northerns Athletics Club. However, Blignaut dominated the senior men to secure the first position at a distance of 20.50m. Van Rooyen showed good strength and the eager to claim the first position but a heave of 20:21m placed him in the second position with Murray securing the third position in the distance of 12.07m.

“We are happy that CGA is hosting the competition”, said Blignaut as they are trying to compete as much as possible to get back in shape as they are building up to the National Championships and qualifying for the Olympic Games later on this year.

Mine de Klerk (18) of Flammingo Athletics Club based in Welkom set a new record in the U19 Discuss event, in her second victory appearance at CGA first Track and Field league this season. De Klerk set a new record with a throw of 35.32m. She broke a record set by Simone du Toit in February 2006 of 35.07m. We are glad that we have provided a platform for athletes to compete and better their performances. We will ensure that all the protocols for the record recognition are submitted to ASA so that the record stands, said Maggie Dicks at the post-event interview.

Back on track, runners with different level of experience conclude the day in a 3,000m senior men event. Among the starting line-up, we had the 2019 Comrade Marathon winner Edward Mothibi who displayed a stable performance to secure the 7th position in the time of 08:25.75. Ryan Mphahlele took the race by storm when he accelerated from the leading group in the second lap to finish first in the time of 08:16.64. Simon Sibeko proved to be competitive throughout the race when he settled for second place for the 3rd time consecutively this season by clocking 08:25.75.

CGA General Manager, Mandla Radebe said that the athletes are very excited to compete and this is one of the major duties of the province, which is to create a platform for athletes to compete. This will also assist athletes in preparing and also qualify for International Competitions and Olympic Games. “Our next big event would be the provincial championships which would be held over two days on 26 and 27 of March. We are looking at making sure that the best athletes qualify and represent the province at the National Championships.”