Central Gauteng Athletics Track and Field season hit the ground with a bang on Saturday 20 February 2021 at Boksburg Stadium.

This time CGA Track and Field attracts all athletes across the neighbour provinces including 7 international athletes from Qatar and Italy respectively. Qatar was the host of the 2019 World Athletics (IAAF) Championships that saw great performances despite the humid weather conditions.

In following the COVID-19 regulations, there were no spectators allowed at the stadium to experience these great performances. CGA had partnered with Backtrack and FitGen to bring this exciting action through live streaming. The full competition will be also available on Central Gauteng Athletics’ YouTube channel.

The day started well for South African long-distance runner Irvette van Zyl of Nedbank AGN who secured first position in the 5,000m Senior Women category clocking 16:55.10. Van Zyl displayed her strength from the start of 100m taking a lead from her teammate Stella Marais who secured the second position in a time of 17:29.80 after a very competitive battle with Cornelia Joubert who settled for the third position in the time of 18:20.

The event of the day has to be the 5,000m Senior Men category, which was classified as a do or die event among the two training partners Precious Mashele and Desmond Mokgobu from the training group of the renowned athlete Hendrick Ramaala. Mashele accelerated from Mokgobu in the 8th lap and maintained the pace without looking back with an exceptional performance of 14:11.40. Mokgobu did not disappoint in giving Mashele a hard time as he settled in second position clocking 14:34.90, while the focus was on two training partners Marco Bucarizza appeared unanticipated towards the finish line clocking 4:56.60.

Another stunning performance was long jump senior men that showcased the battle of Gauteng Universities (UJ and Tuks), which saw UJ athlete Johnson Cheswell, Pretorious Fredriech of Tuks, and Schultz Christiaan of UJ battling it out for the top position. Fredriech’s strategy paid off in the 3rd attempt which was exceptional to secure the second position for him in the distance of 6.88m. Christiaan of who is in fine form claimed the third position in 5.68m. Cheswell claimed the first position with 8.18m following his early 3rd position in the senior men 100m in the time of 10.89.
Lythe Pillay closed the day with the 400m senior men event in style, as he confirmed during the warm-up session that today’s event will be filled with excitement: “You gonna see a show”. He was faced with the likes of Ibrahim Ismail of Qatar who took the event by storm, leading the race up to the first 250m mark. Pillay’s face was tense and full of determination as he closed the gap in the last 150m to the finish line clocking 45.74. Ismail was left with disbelieve to settle for the second position in the time of 47.17. 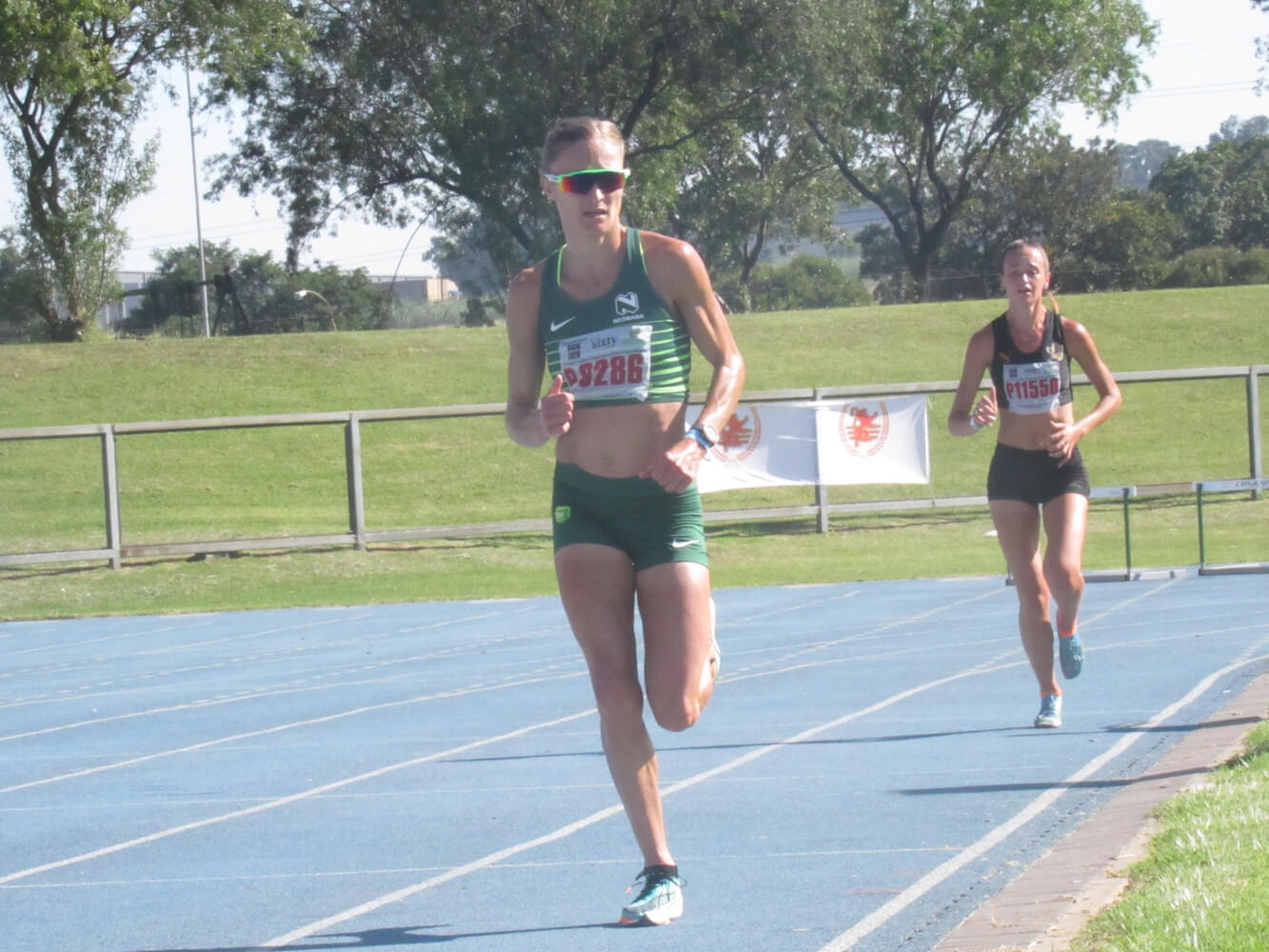 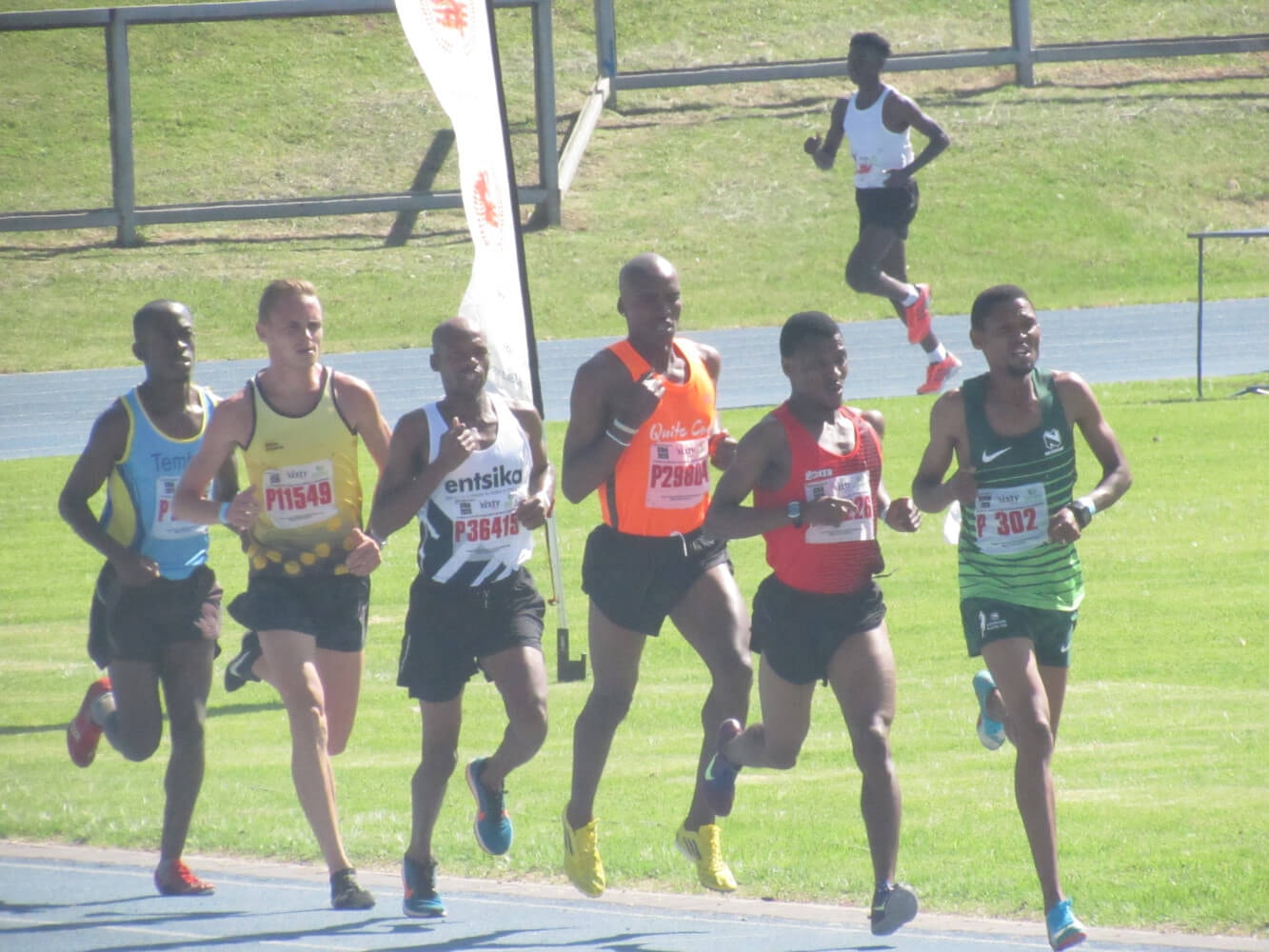 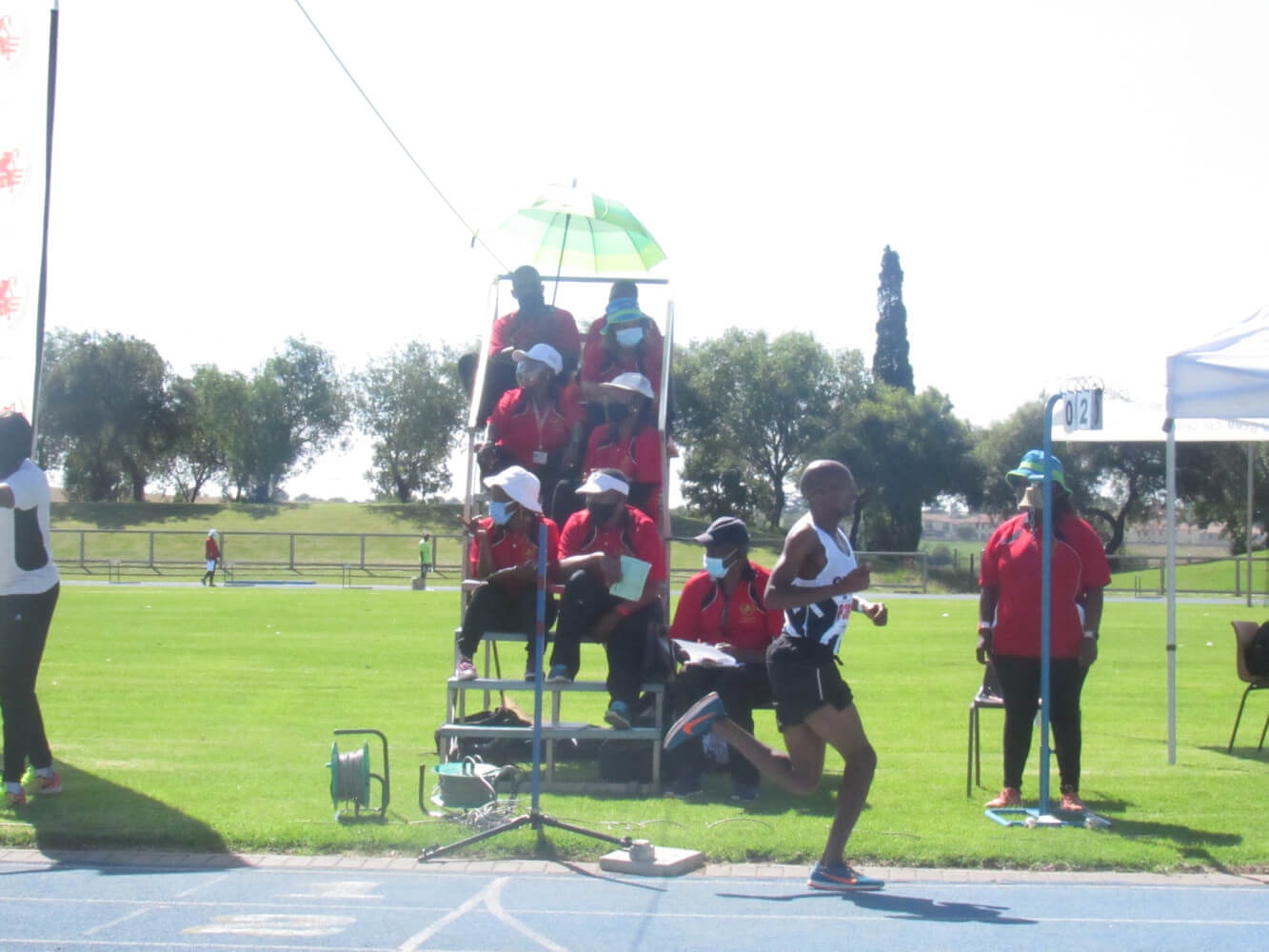 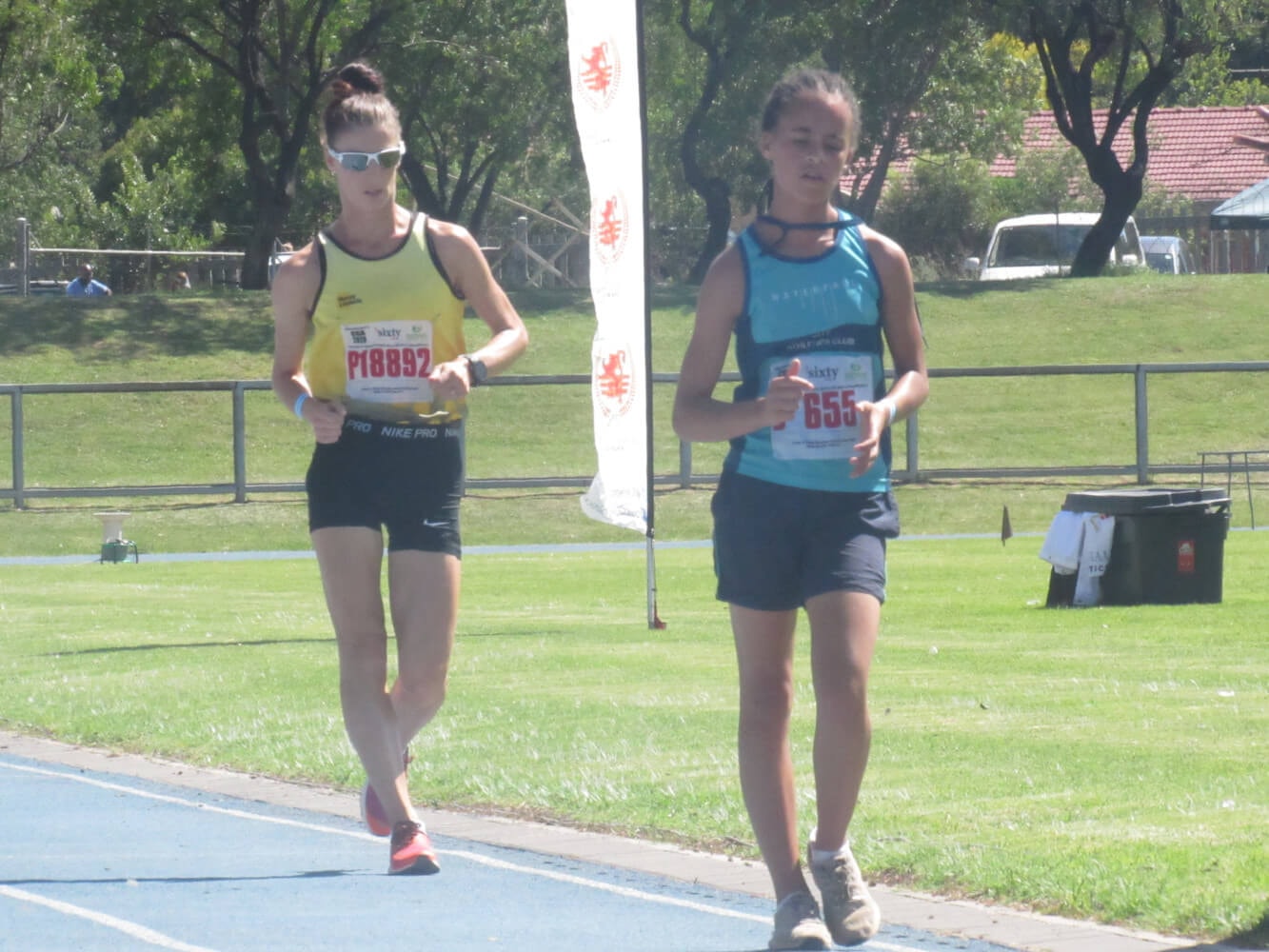 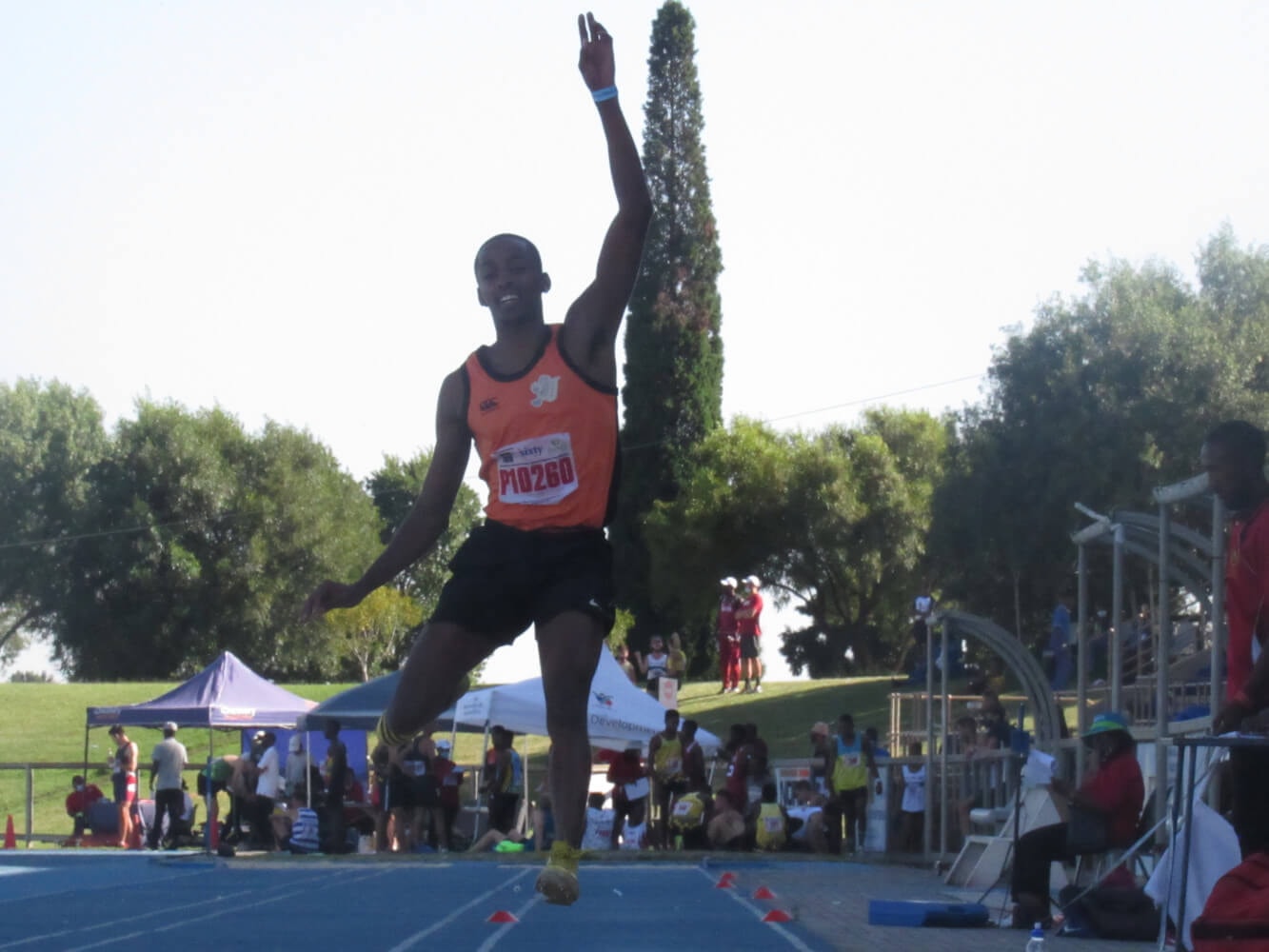