The day started well for Zelda Schults (27) of Murray and Roberts Athletics Club with her 3rd consecutive victory in the Race Walk event. Zelda, who just recently qualified for the postponed Race Walk World Championships which was due in France in May 2020. She dominated the 5km Senior Women Category and clocked the time of 25:20.09.

In the 3,000 metre Junior boys category, a Mohlakeng born athlete Andries Sesedi who has been selected to represent South Africa at CAA Cross Country Championships in Kenya took gold medal clocking 08:51.01. During his post-event interview, Andries said: “It was very important to partake at the CGA Track and Field Championships, as he is preparing to reach a qualifying standard of 14:10secondsin 5000m event for the National Youth and Junior Championships and possibly qualify for the World Championships”.

Zonica Lindeque of UJ Athletics Club confirmed her position for discussing and shotput selection to Paarlwith an incredible performance of 42.46 and 16.29 respectively.

Another stunning performance was long jump senior men, which saw spectators burst of applause when the rising champions (Johnson Cheswill, Aaron Pedro and Manuel Divan) eager to take on the Olympic Game Silver Medalist Khotso Mokoena. UJ Athlete Johnson Cheswill stunned the thunderous roar of over 5,000 spectators in attendance when he triumphs over his training partners by landing the distance of 8.14 metres. Cheswill secured the second position in Senior Men 100 metre 10.31, he is confident to receive CGA colours to the national championships.

Junior Athlete Mongwe Nikiwe of Brakpan Athletics Club, broke into a sprint to finish front over a short distance of200m 25.07, and 100m 25.07. Mongwe who’s grace with the presence of amazon women she claimed her 5th consecutive win all the way through CGA Champs with the constant performance to earn CGA colours.

Phalula twins Lebo and Lebogang landed on Friday 13 March 2020 from a training camp which was cut short due to coronavirus in Ethiopia. Both twins competed in the senior’s women 5,000-metre event with Lebo Phalula winning the race in 17:05.15 and Lebogang settling for second position. This race in the absence of the Phalula twins was dominated by Cornelia Jourbert throughout the season to take the 5th position on the day.

The junior category of the 5,000 metres was won by Gene Coetzee who was neck and neck with the Phalulas twins for the better parts of the race. Gene Coetzee earned gold clocking the time of 17:17.09.

The last event of the day was Senior Men 800 metre which saw a rocket start of 29 athletes eager to tackle the qualifying standard of 01:54.0. Elvis Mokhonoana who appeared in new colours of UJ Athletics Club took charge in the last 50m towards the finish line, when he accelerated from Ryan Mphahlele who also won the 1,500-metre race to finish first in the time of 1:48.74.

Due to unfolding developments regarding coronavirus, the National Championships scheduled will be affected and changes will be communicated accordingly. 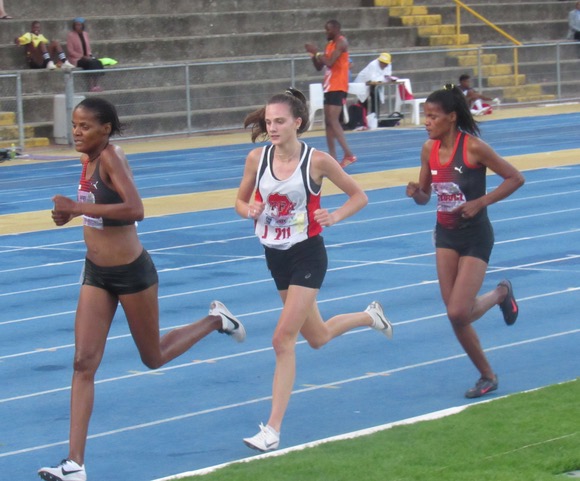