All passionate athletes pull on their running gear to compete at the league despite heavy rain, at UJ Soweto Campus on Saturday 8th February 2020.

The event following CGA Track and Field program 1, which started with a 5km race walk that saw Zelda Schults of Murray and Roberts Athletics Club showing off her talent in the second last lap leading Nthatisi Mokhele of Run Walk for Life by 250m to win in the 25:56.04. At the post-event interview, Zelda said it was very important to win this race as she was preparing for Grand Prix in Cape Town next week Saturday to qualify for the Race Walking World Cup which will be held in 2nd and 3rd of May in France 2020.

Unfortunately, due to the rain, the CGA Track and Field commission together with the Technical Officials Committee had to call off certain events, Hurdles, Long Jump, and Triple Jump. The cancellation was as a result of slippery surface which may harm or injure the athletes.

As the day progressed the weather opened to a beautiful sunny welcome of the 800m event which had 21 athletes starting the race amongst them was Elvis Mokhoknoana, Ryan Mphahlele, Brandon Lentswe, and Nkosinathi Sibiya. As runners approaching finishing line in 300m, Elvis Mokhonoana accelerated to get ahead of his training partners, Ryan Mphahlele and Ntuthuko Ndimande to win his event in the time of 1:49.04. Mokhonoana’s coach Elvis Khoza said Elvis started his preparation for 2020 season during last December period and the results are starting to show.

The battle of throws continued in the Javelin event with exciting moments in the youth category with Nel Keegan and Fabio De Klerk contending a victory in a 1m to 2m deference till the fourth round. Nel Keegan’s superior throw which reached an outstanding distance of 53.70m to raise Monument’s flag higher winning the Under 15 boys event. In an interview, Nel said that he aims to beat his last week result of 55m.

The second last event of the day, saw smoke come into view when our Provincial starter Frikkie Pretorius started the 1500m senior women event. UJ and Murray and Roberts athletes dominated the race as it was really hard to tell who is going to win the race. In the last lap Dixton Chante of Murray and Roberts Athletics Club picked up her pace from the UJ Athletes to tighten the competition to finish the race in style with a brilliant time of 04:57.50 from her training partner Maria Mosweu finishing 2nd in the time of 05:00.09, and the 3rd finisher was Casey Bosman securing Murray and Roberts Athletics Club into top three by 05:06.40.

Runners with different levels of experience competed in the 5000m race, which was named by the spectators as “One of the Toughest race of the day”. There was a total of 46 athletes lining up at the start of the men’s race. One could see that all these athletes were eager to win the race but Marko Buccariza of Born to Run proofed to be more eager to cling the win in a brilliant pace and in the time of 14:39.09.

The women 5000m event was dominated by Joubert Cornelia of Boxer Athletics Club claim her third victory consecutively in Senior Women category in a time of 17:44.09. The 2nd place was claimed by the Vosloorus born, Farida Zwane in new colours of Rockies Athletics Club clocking 17:51.05.

Maggie Dicks, Chairperson of CGA Track and Field thanked all the athletes and coaches who took time in the weather conditions to come and support the leagues. She also indicated that there is only one league on 22nd of February before the Provincial Championships and then the National Championships. It is important that the athletes and coaches take note of the selection criteria which requires an athlete to participate in at least 50% of the leagues and Provincial Championships serving as the final trials. 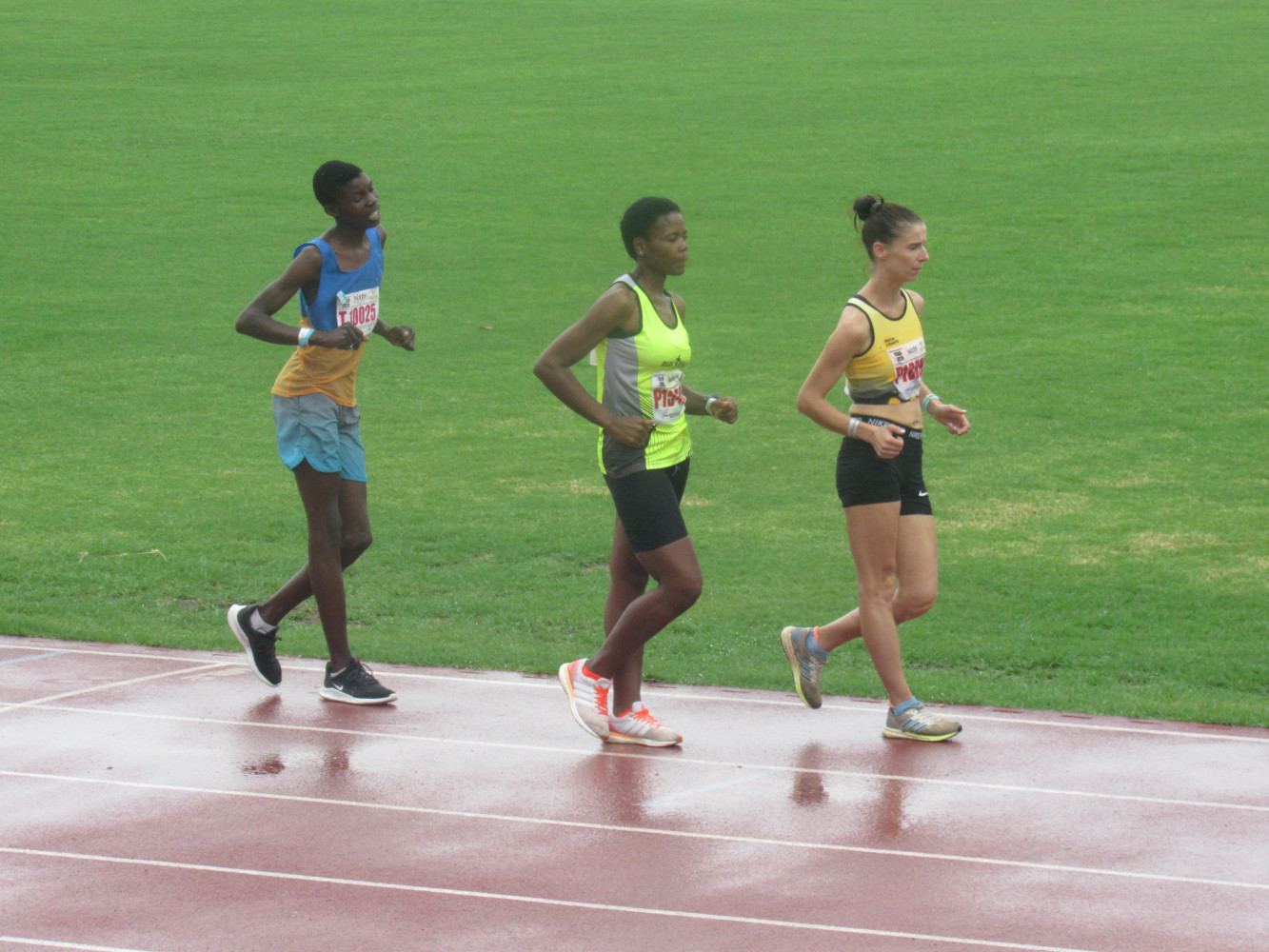 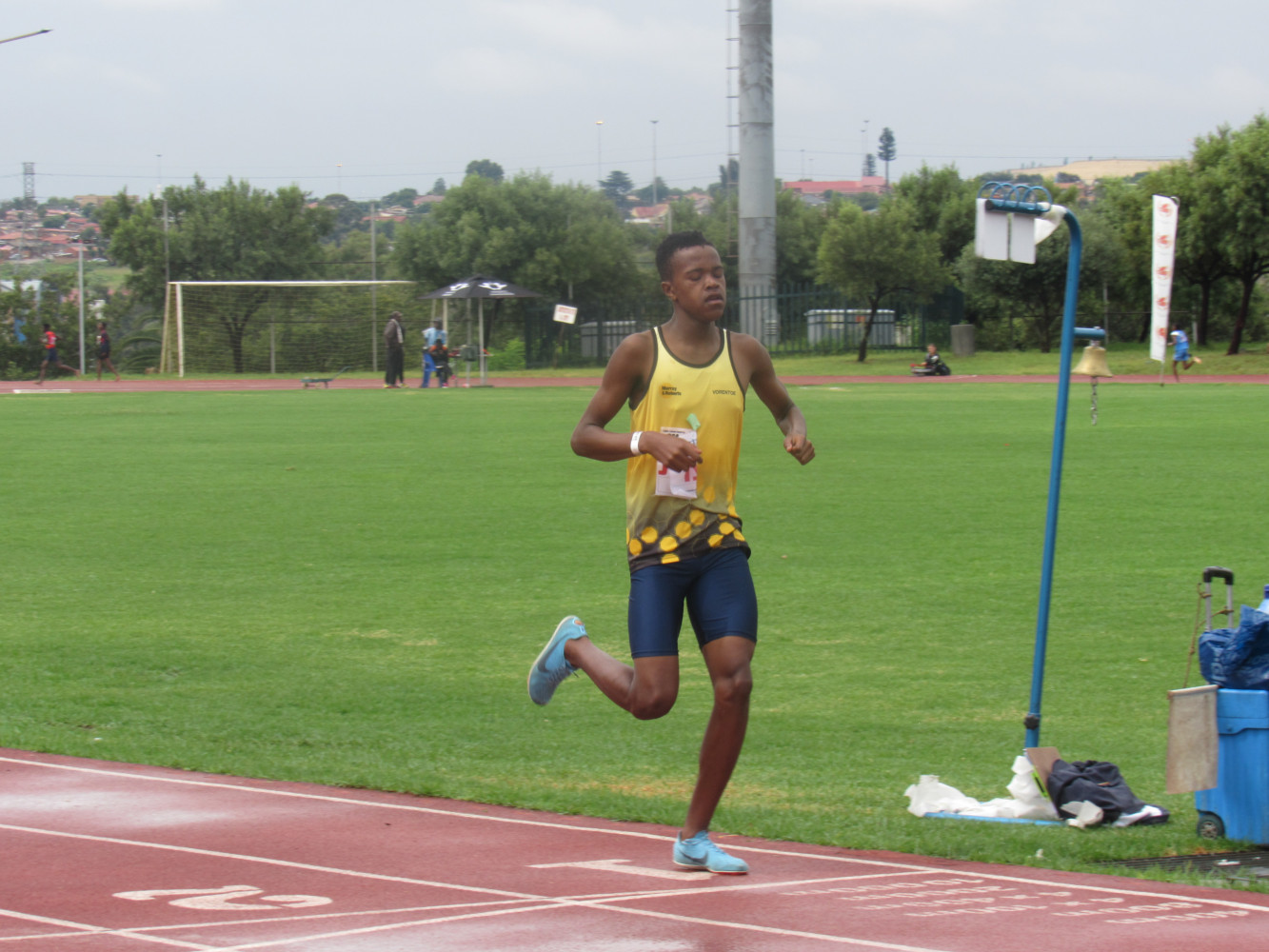 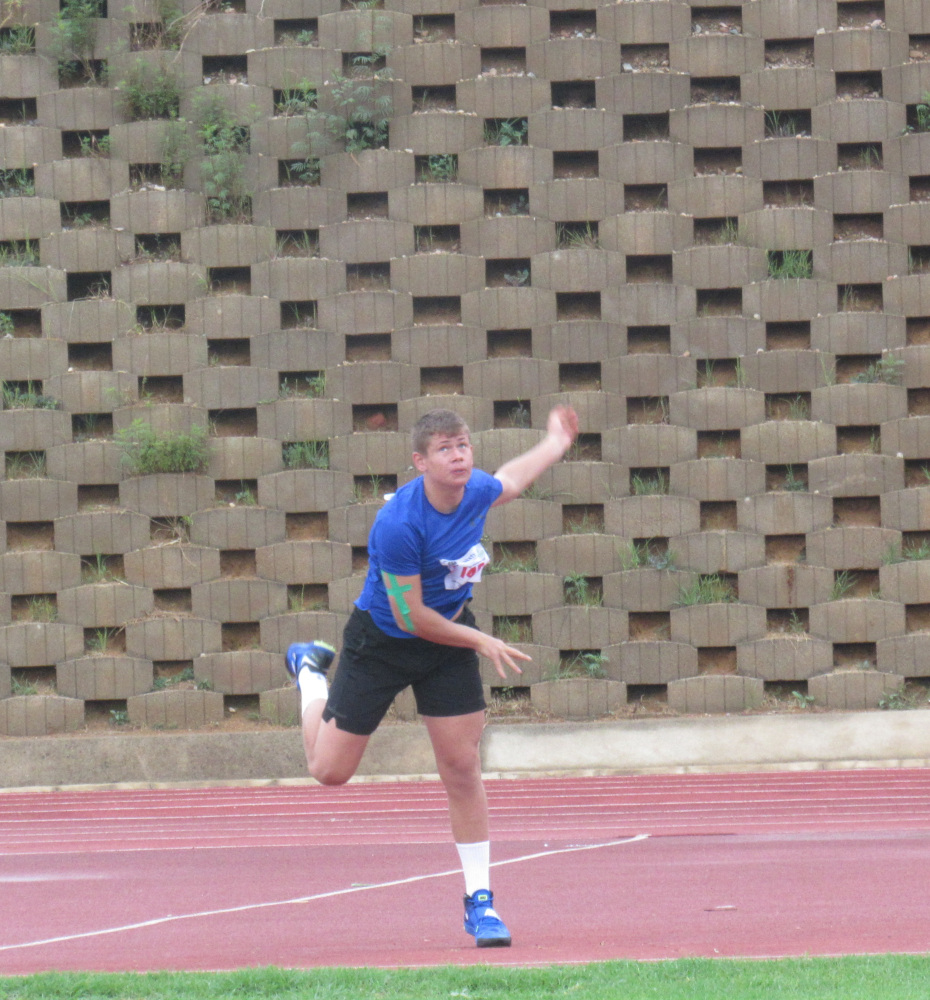 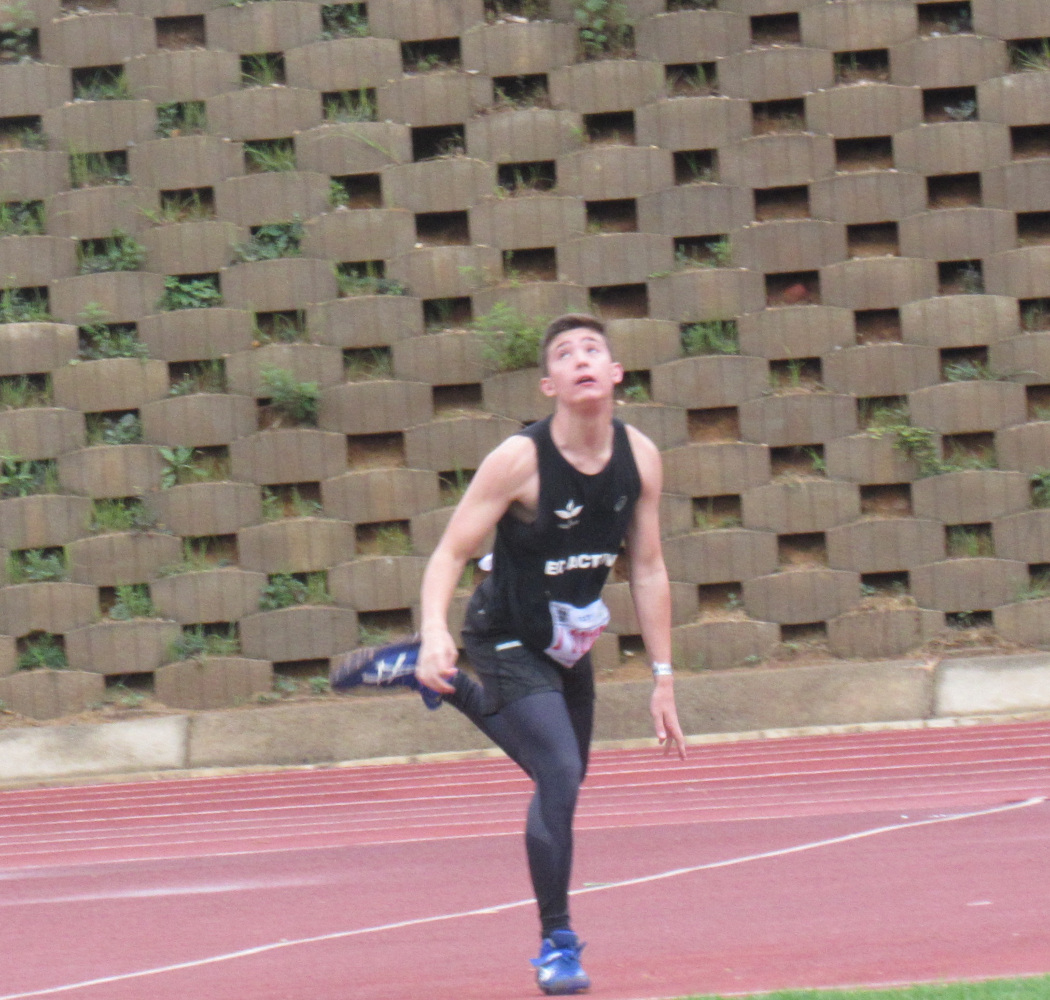 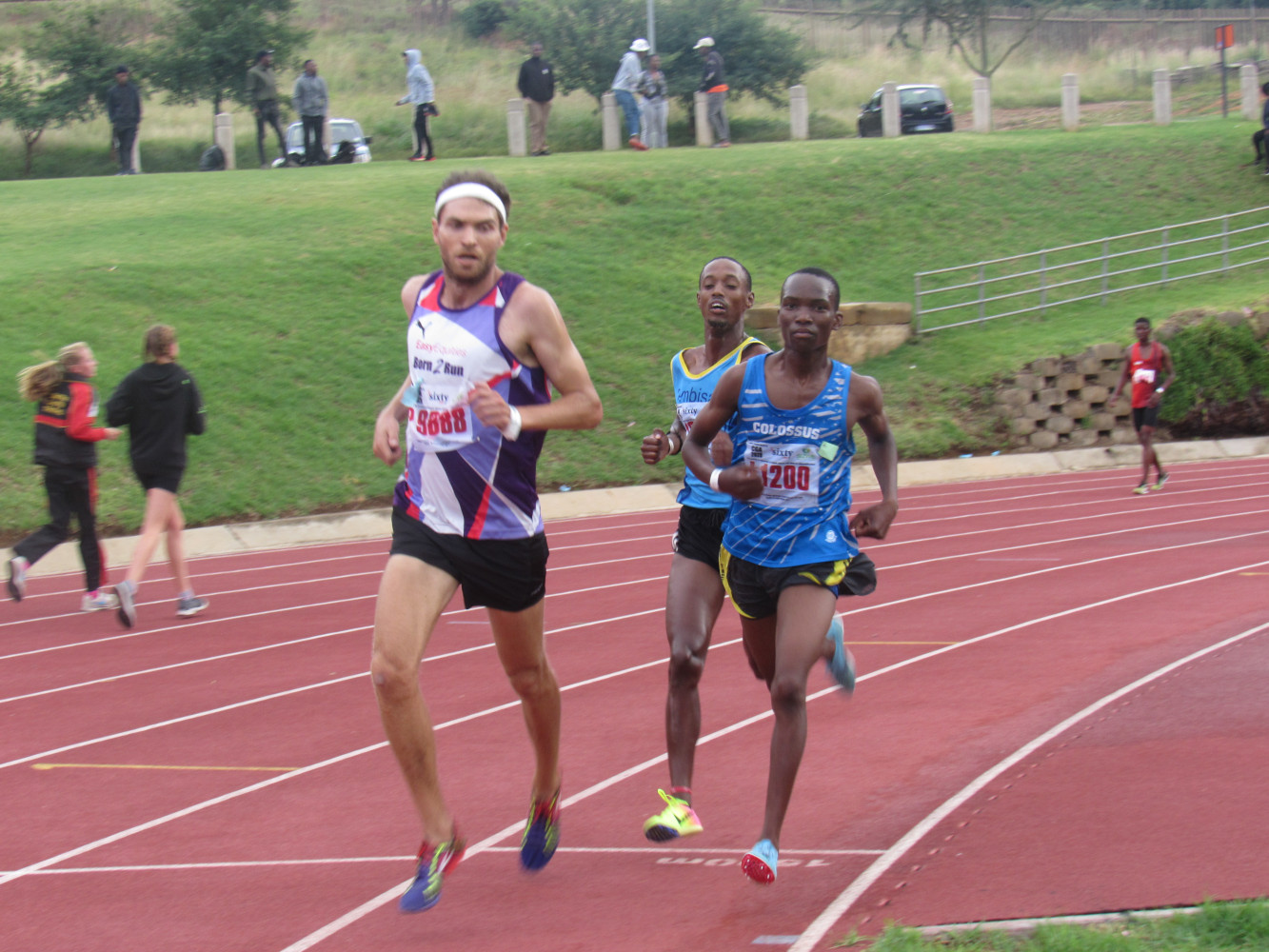 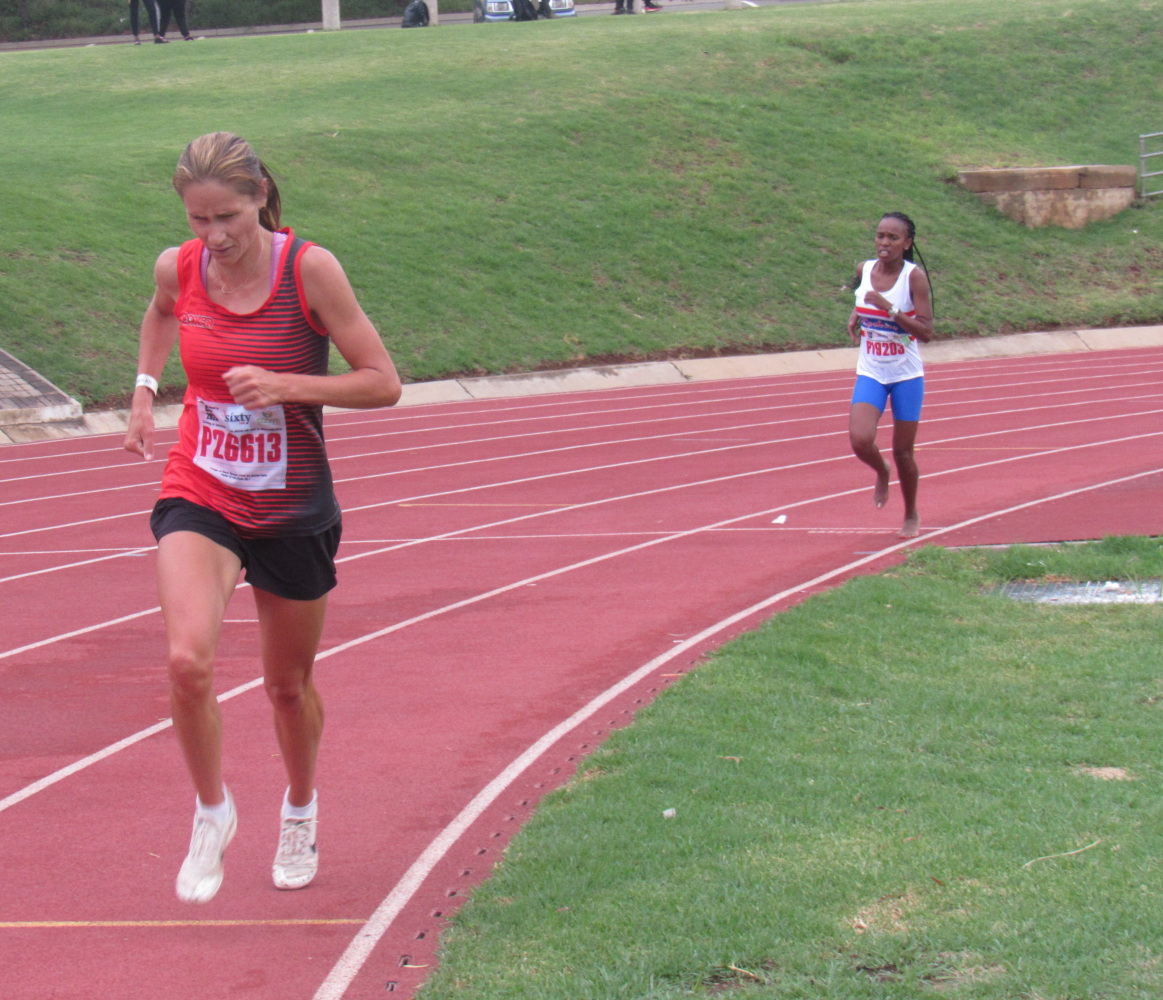