Central Gauteng Athletics support the nomination of James Moloi for the position of ASA Presidency, the National Elections will be held at Southern Sun Hotel in Kempton Park on Saturday, 8 May 2021. Mr Moloi is the current CGA President from 2010 to date, the athletics province which has been regarded as the leading athletics province in the country. There has been a number of accolades that the province has achieved under the leadership of Moloi, including a Good Governance Province Award in 2019 by Athletics South Africa. He is not a novice in the sport of athletics as he has won a number of international and local races in road running during his running era, some of the highlights of his running career is winning the Lans Half Marathon in France, Varsity Kudus, and many other road races. He has spent years in France on a professional athlete program training with some of the world’s best athletes. Moloi is set to prioritize the interest of athletes and put athletics back to the top as one of the leading sporting codes in the country. In his list of things he wishes to contribute and achieve is to ensure that Athletics’ corporate governance is improved, forging a strong relationship with the corporate world to attract sponsors, improve the relationship with all ASA stakeholders, address the broadcast rights issue for the benefit of Athletics, and support Provincial affiliates in order to better develop athletes in all provinces. We are calling on all provinces to unite and support James Moloi in his endeavour to create a new dawn for athletics in the country, and most importantly, lifting the spirits of our athletes building up to the Tokyo Olympic Games and other international competitions. 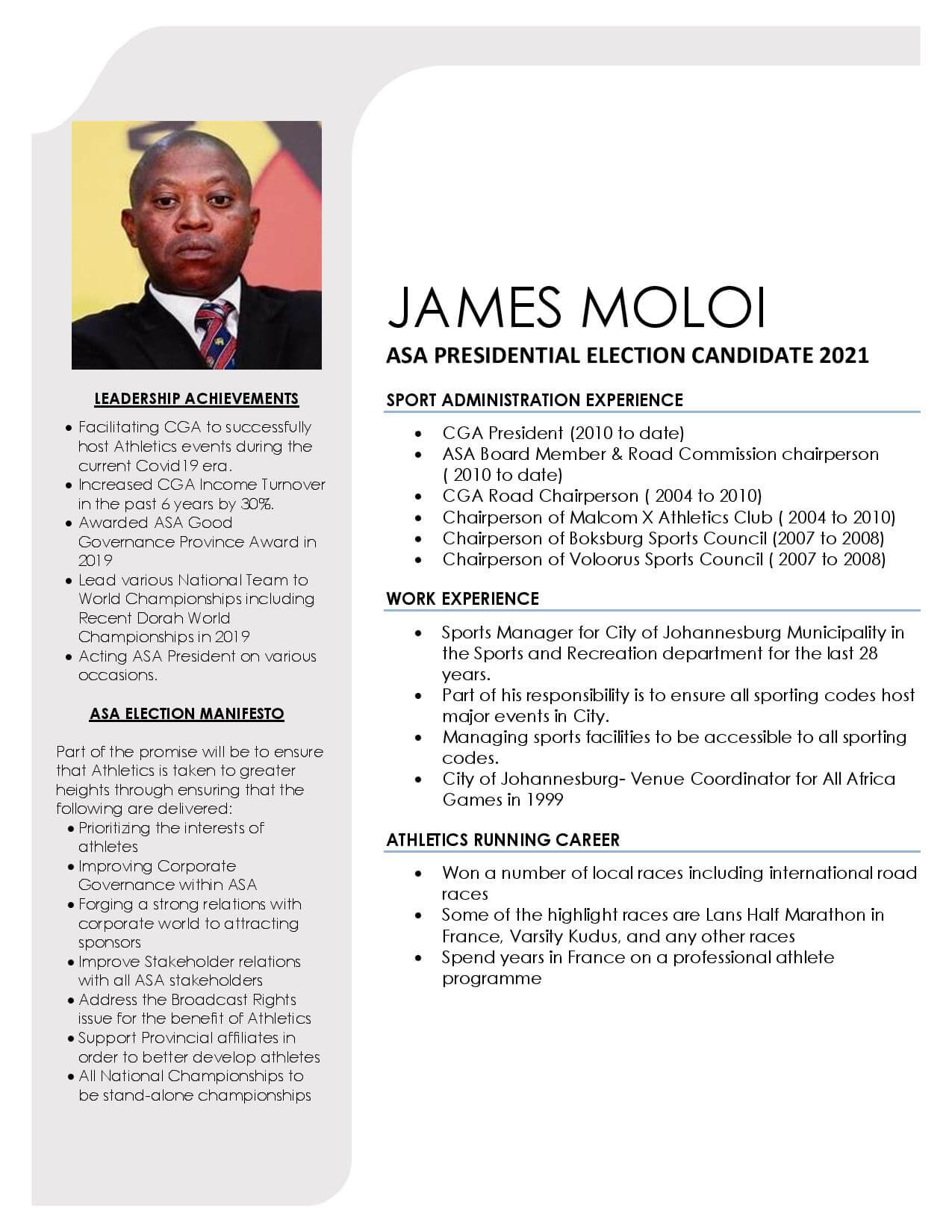