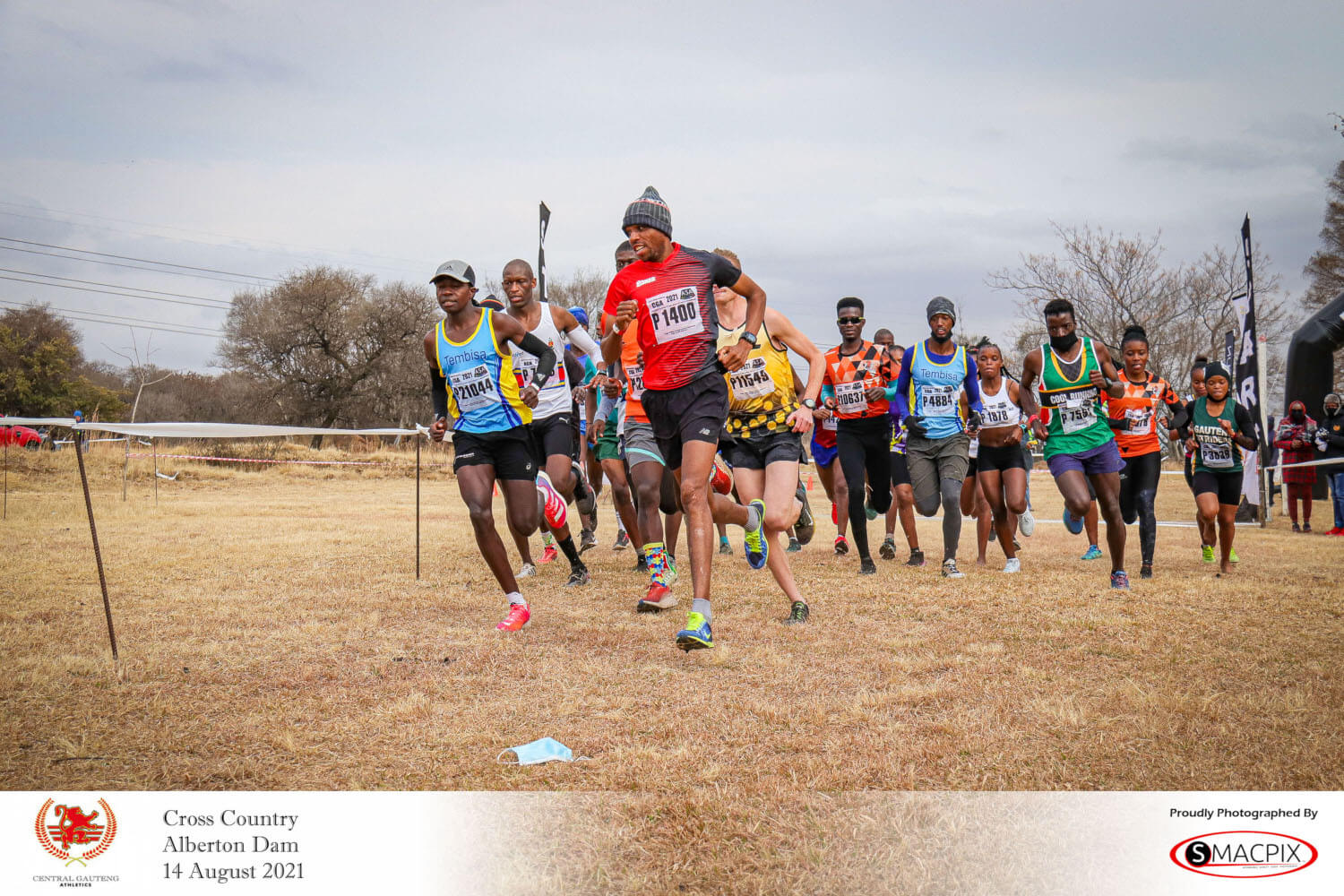 The 5th league event saw the athletes willing to compete and prepare for provincial championships despite running in windy cold conditions over the weekend.

The event started with the under 8 Boys and Girls category, which ran a distance of 1km. Thandolwethu Mashele claimed his 3rd consecutive victory to end the season in a time of 04:50, while Karlien van Rooyen in the girl’s category finishing 5 seconds ahead of Mashele clocking 04:45.

Elvis Mokhonoana and Nicole van der Merwe both from the UJ Athletics club dominated the 2km Senior men and women event clocking 06:16 and 07:26 respectively. Mokhonoana’s training coach, Elvis Khoza highlighted that Mokhonoana is concentrating on testing his speed in preparation for his main event of 10km.

CGA Selection for Cross Country Championships states that an athlete must run any 3 of the 5 leagues to be considered for the Provincial Championships which will be held on 28 August 2021 at Kagiso Sports Complex.

One of the highlight events was 4km senior women which saw a head to head clash between Gene Coetzee and Lebo Phalula. With one lap to go Coetzee caused a considerable upset by blasting away from her senior finishing in the time of 16:44, one minute ahead of Phalula twin. Marko Bucarizza remains unbeaten in his favourite event of 4km senior men after he won his 3rd victory this season in a brilliant time of 14:33.

Boxer Athletics club once again dominated the 10km senior men, this time represented by Lucky Mohale who showcased a constant form in cross country this season to claim first victory clocking 33:49. The women event was won by Cacisile Sosibo, who found a reason to celebrate the women’s month securing her 2nd victory this season in the time of 40:53. In the post-event interview, Sosibo highlighted that she is confident with her form and she will be looking forward to contesting for the 10km title at the provincial championships.

CGA Cross Country Chairperson Steven Khanyile indicated that the commission was happy with how the leagues have run and that athletes were given sufficient leagues to prepare themselves for the 2021 National Cross Country Championships. He further confirmed that the province will send a very strong team to compete for more medals at the nationals. Unfortunately, due to Covid19 regulations and an effort to manage the numbers, provincial championships will allow athletes with more than 3 leagues to enter in line with the qualifying criteria for selection.

Kindly visit the following link for photos and category results: