After all, participants adhered to the COVID-19 safety protocols, what can be classified as a competitive event commenced on track in the middle distance was the 5,000m Senior women. Farida Zwane finished 3rd in the time of 17:53.87 behind the delightful Phalula twins, Lebo and Lebogang Phalula. The twins also dominated the CGA 2021 Cross Country Champs held early this year in the senior women category 10km event claiming the top 3 positions. Lebo was the better performer of the twins clocking 17:18.32 and Lebogang settling for the second position in the time of 17:43.29.
“Today’s race was intended to better our performances since they’re no any opened races, but we continue to train smart in order to stay away from the injuries”, said Lebo Phalula during the post-event interview.

In the 5,000m senior men’s event, we saw a rocket start of 27 runners on the line-up, included distance runners Mzazi Gladwin, Dylan van der Merwe, and Simon Sibeko competing for the first position. All athletes in the start list were eager to win the race but Mzazi of Boxer Athletics Club proved to be more eager to cling the win at a brilliant pace of 14:34.66. The second place was claimed by Sibeko of QUITECOOL Athletics Club, in the time of 14:34.66, improved from his 1st 2021 CGA Track and Field league performance of 14:39.70.

Among the favourite race of the day was the Senior Women’s 200m event which saw Tamzin Thomas and Nikiwe Mongwe head to head. On the day, Thomas was the better performer for the day in the time of 23.93 and Mongwe taking the second position clocking 24.46. In the post-interview, Thomas said that she is grateful for CGA to have events so that they can prepare or qualify for major international competitions such as the Olympics.

A well-known 400m meter specialist, Lythe Pillay, was keen to contest in the 200m Junior men’s event which he last ran over 2 years ago. After a sensational performance in his heat with the time of 21.17, Pillay faced off with Mvuyo Moss in the finals determined to win the 200m finals. Moss started to display his strength in the last 60m to take the lead from Pillay to finish first in the time of 21.06, and Pillay secured the second position in a time of 21.13.

Being the first time this season a distance of a mile is included in the league programme, saw a very competitive battle in the senior men category between Nkosinathi Sibiya, Maxime Chaumeton, and Nicholas Whittaker. Nhlanhla Dlamini who was pacing his teammate, Sibiya on the day and lead the first two laps before dropping out of the race to allow to Sibiya secure his gold position in the time of 04:03.56. Chaumeton had to settle for the second position in the time of 04:06.92 and Whittaker who is still a junior clocking an impressive 04:12 to be the 3rd finish in the race.

Herewith the link for all CGA Track and Field Meeting results: https://tinyurl.com/CGAtrackandfieldesultshistory 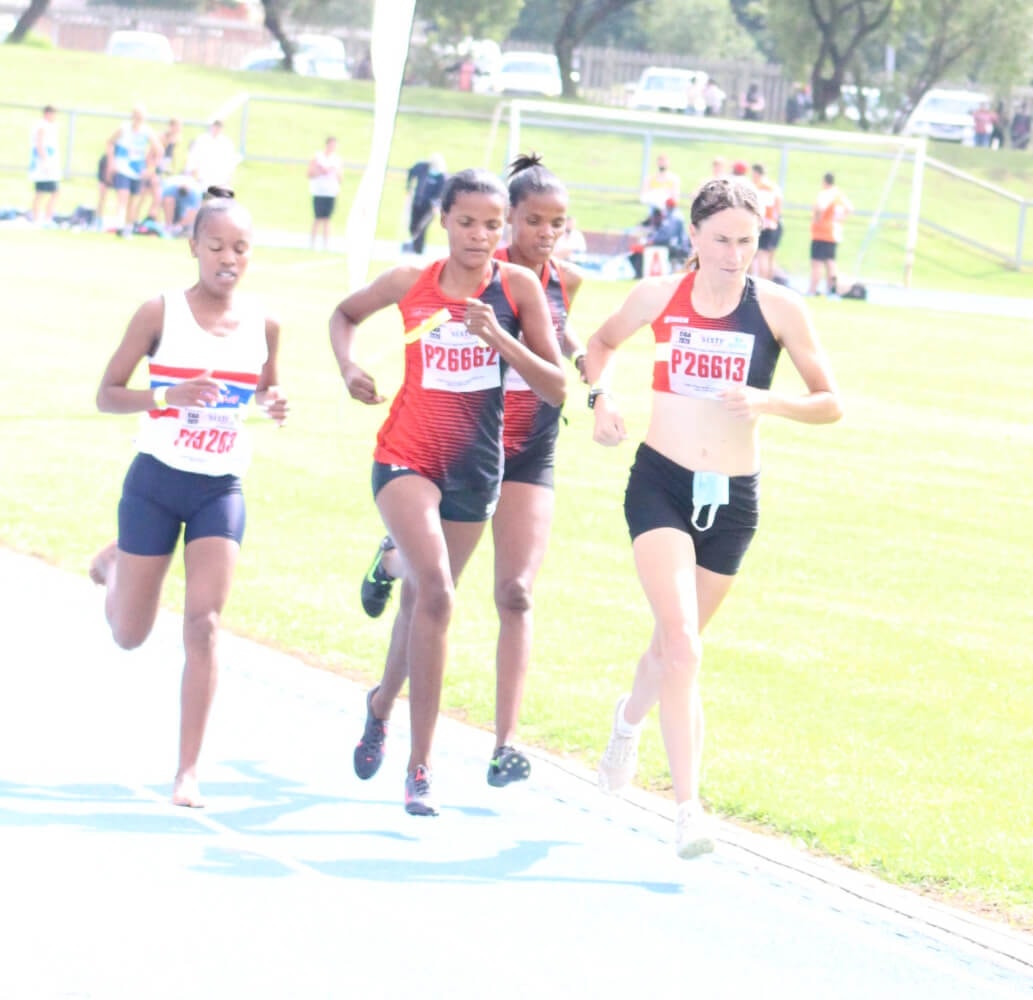