Runners give their best at CGA 2021 Cross Country Championships 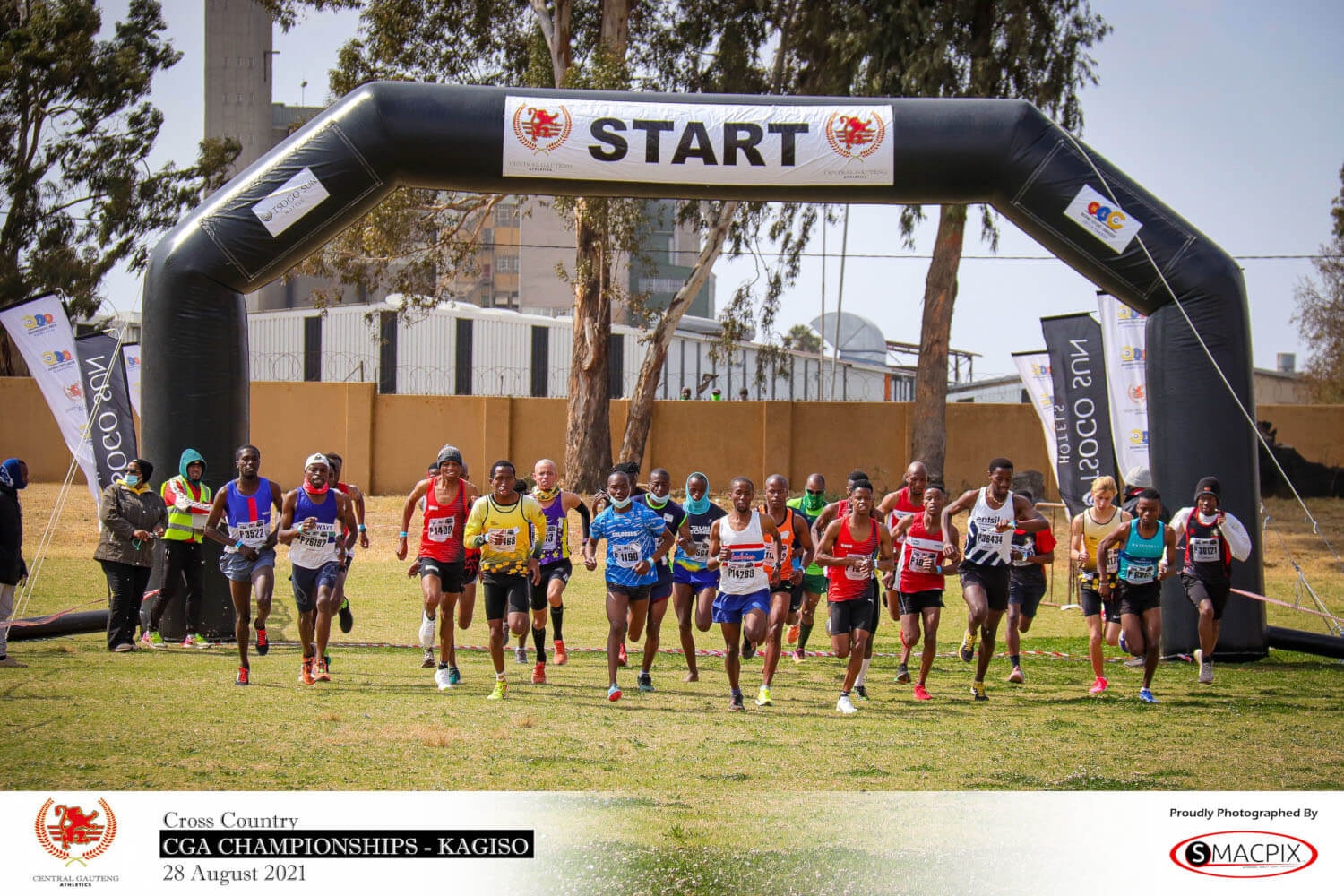 Central Gauteng Athletics (CGA) proudly hosted its Provincial Cross Country Championships on Saturday, 28 August 2021 at Kagiso Sports Complex in Kagiso. This was in partnership with the Tsogo Sun Hotel and National Lotteries Commission. The 2021 CGA Cross Country Championships comes after hosting 5 successful leagues and Provincial Trials at the beginning of the year.

The championships started with the veterans and masters’ events setting the tone for the day running a distance of 8km which saw Mbongeni Ngxazozo of Rockies Athletics club being the first athlete to cross the finish line in a time of 25:39. Jessica Stuart of Run Zone Athletics Club took the first position in the veteran women category running a 4km race by clocking 15:21.

It was clear that there is a lot of talent in the Province when the development competitions commenced, which saw the young boys and girls in the under 8 events contesting over a 1km race. Mahlatse Maroga representing Caster Semenya’s club Masai Athletics Club claimed the first position on the podium by clocking 04:27. Matthew Strydom of Backtrack Athletics Club also dominated the boy’s category to claim his 3rd victory of the season in the time of 04:32.

One of the favourite events was the 10km senior men event that Nicholas Seoposengwe of Boxer Athletics Club claimed in the time of 30:13 to be crowned 2021 CGA Cross Country 10km Champion. At the post-event interview, Seoposengwe said he was very excited about his victory and concluded that he studied his competitors very well during the season.

The senior women 10km event was won by Cacisile Sosibo of Entsika Athletics Club who dominated the race from start to finish with an impressive performance of 36:48 bettering her 2nd victory of 40:53 at Alberton Dam. Sosibo proves to regain her form building up to the provincial championships and she expects to improve her personal best at the National Championships which will be held next month.

The championships were concluded with the 4km Senior Men and Women event which saw Ryan Mphahlele taking the title from Marko Bucarizza who dominated this event throughout the season. Bucarizza had no intention of surrendering his title but with about one lap to go Mphahlele set the pace higher and upping the race tempo significantly to finish in front in the time of 11:38 with Bucarizza finishing 9 Seconds later to claim the second position.

In the senior 4km women event, Cian Oldknow displayed greater performances this season all the way to the championships, with her 4th victory in a time of 13:56. “l really like to try and win a medal at the National Championships since l had a good season this year” said Oldknow during the post-event interview.

CGA Cross Country Chairperson Steven Khanyile firstly thanked Tsogo Sun Hotels and National Lotteries Commission for their support throughout the season. He confirmed that the province will be sending a strong team consisting of the top 6 from the provincial championships to the National championships. Athletes have come in numbers to confirm their readiness for the national championships. He concluded by thanking all the stakeholders that contributed to the success of the season which are sponsors, parents, coaches, CGA office staff, commission members, and last but not least, all athletes for your continued dedication and support for cross country in the province.