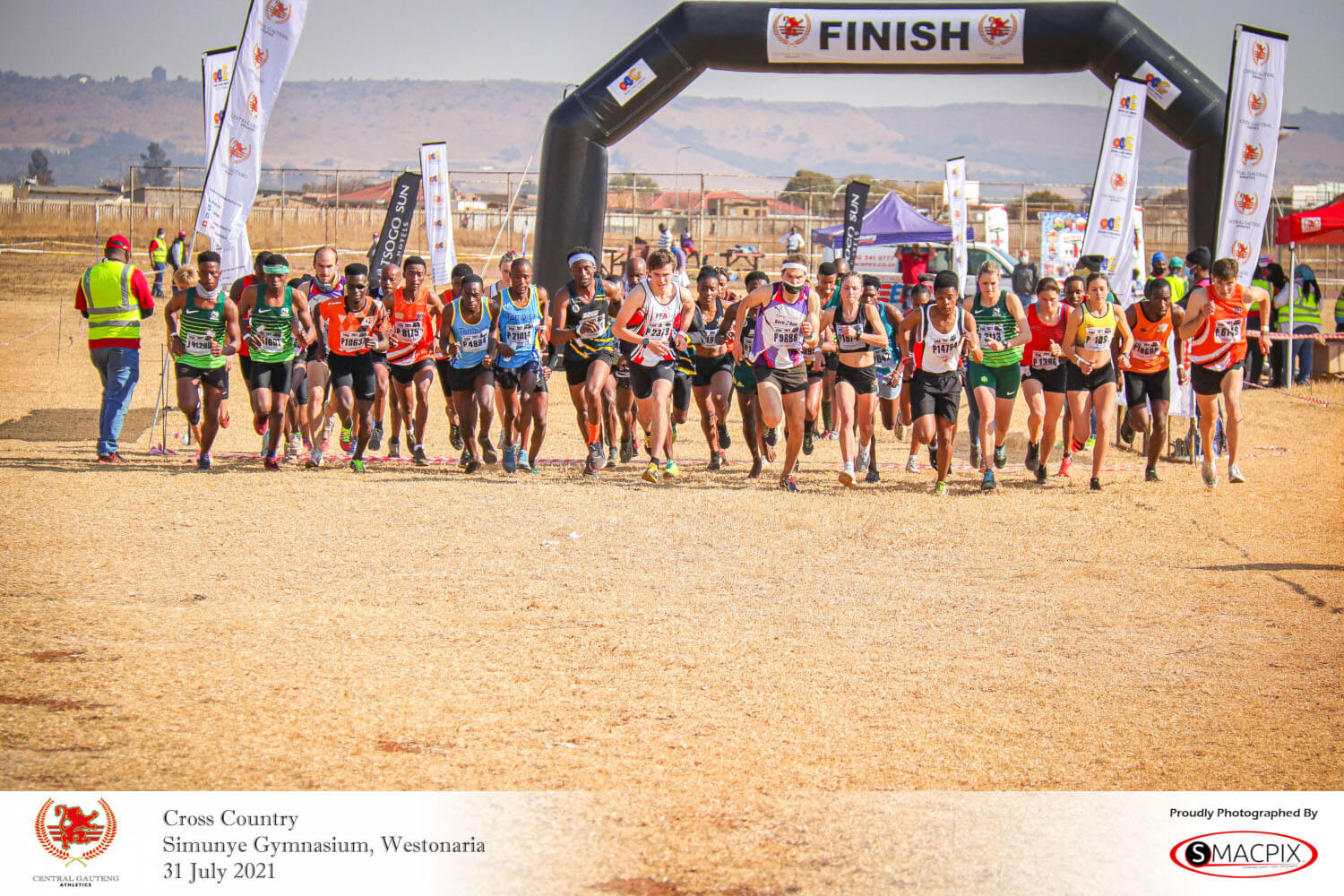 The 4th Cross Country league was initially scheduled to be held on 3rd July 2021, however, it was postponed due to the announcement by the state President Cyril Ramaphosa following moving the country to adjusted alert level 4 lockdown from 27 June 2021 to 25 July 2021.

The first event of the day opened with Boys under 8 in the 1km race which saw Matthew Strydom of BackTrack Athletics Club taking command of the race to successfully defend his title by clocking 5:25. In his post-event interview, he thanked his fellow competitors for giving him a fighting spirit to push forward.

BackTrack dominated the younger age groups and continued to outshine with Natalie Strydom claiming victory in the 2km Girls under 13 with the time of 7:56

One of the main events of the day has to be the Senior Men 4km which coincided with the Olympic Games 100m semi-finals that saw South African sprinter Akani Simbine (10.08) qualifying for the finals of the men’s 100m. Marko Bucarizza started the race as one of the favourites to win the race and as usual, he did not disappoint, claiming his victory in the time of 12:17. During the post-event interview, Bucarizza highlighted that he was excited to compete again after few weeks of training without any competitions due to the lockdown regulations. He also sent his good wishes to the athletes at the Olympics and confirmed that everyone was in an Olympic spirit in support of our team.

Another stunning performance in the senior women 4km was from Cian Oldknow who showcased her fine form clocking 14:38. Oldknow added this win to her league 2nd and 3rd victories this season.

The senior 10km race was the last event of the day and a very competitive technical race. In the last 4km, the competition was between Andries Sesedi and Kabelo Melamu battling it out for the victory. Sesedi claimed his second victory of the season in the time of 31:35, his other victory was in the 3rd league 4km event. Melamu continued to maintain his spot in the top two by clocking 31:36.

The next league event will be held at Alberton Dam, hosted by Alberton Athletics Club on 14 August 2021.

Looking forward to seeing you all there.

Kindly visit the below link for photos and category results:
– https://cgacrosscountry.wixsite.com/home