Athletes are energized as fans returned to stadium 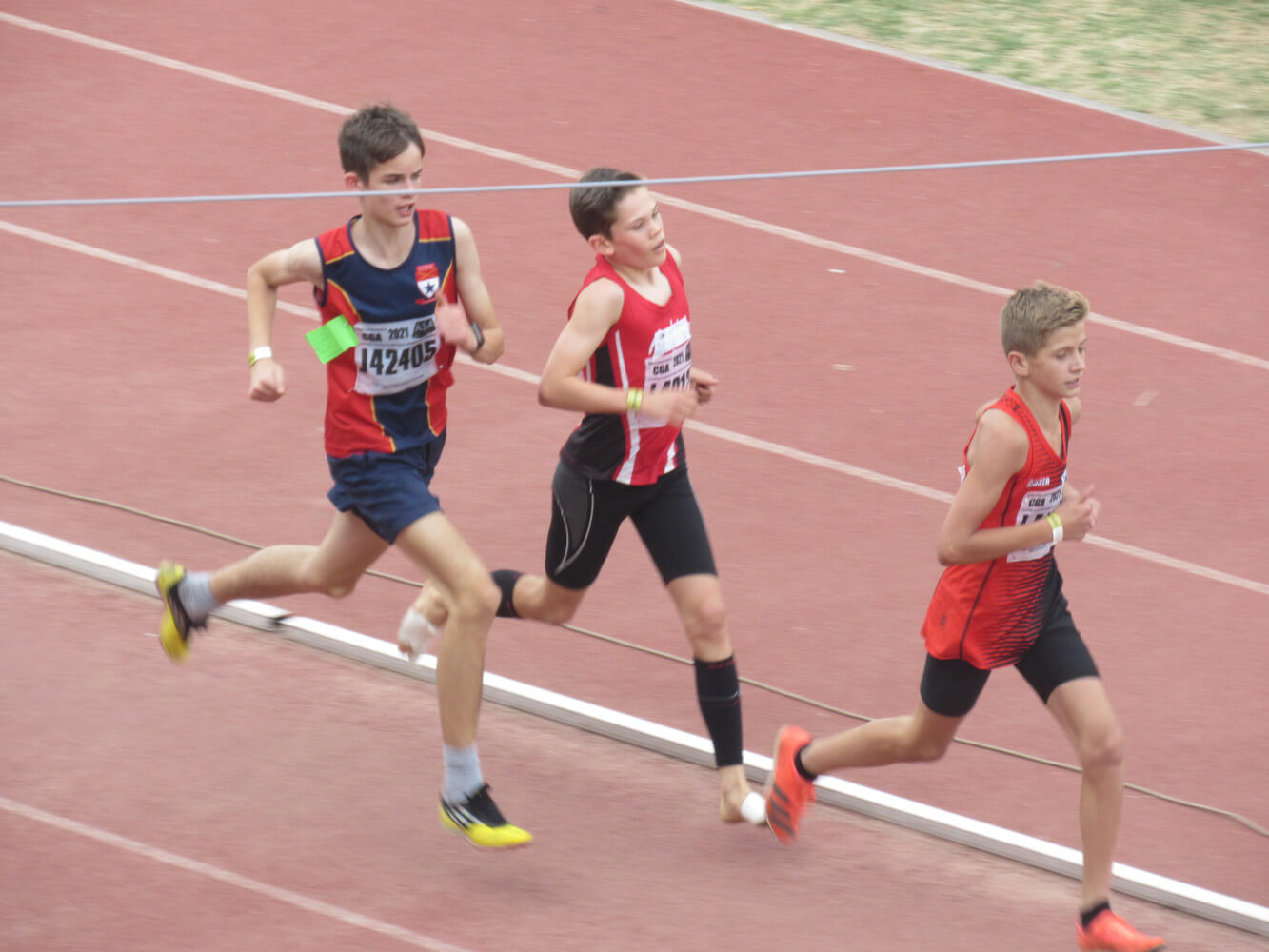 Central Gauteng Athletics proudly hosted the 2nd Track and Field event of the 2021/2022 season on Saturday, 16 October 2021 at Rumsig Stadium.

The 2nd league of CGA Sub Youth welcomed the return of supporters for the first time since the outbreak of COVID-19 in a pilot for returning spectators to sports events. This comes after the government gazetted on Monday 11 October that a maximum of 2000 spectators will be allowed to the stadium. ASA confirmed through a media statement that all necessary COVID-19 protocols will be followed in implementing and welcoming spectators.

Starting off the first event with the development competitions running a distance of 60m. Le-Lancia Woest of IRUN did well to secure her title in the girls U7 category clocking an impressive time of 10.45. In the boy’s race, Chirstaan Pretorius of I Have Talent burst from the gun, finishing straight with a brilliant time of 10.17 Tailwind.

One of the hottest events that took spectators to rise from the grant stand was the Boys U17 100 meters final heat, which saw Samkelo Dlamini of FFA proved to be the fastest kicker, beating Jaden Van Berg of Monnas with a tight finish of 10.73 and 10.79 respectively. The 3rd placed Jonathan Kivido of Brakpan finished more than 9 seconds behind Dlamini and Van Berg. “I think l could have done much better but am proud of my performance.”, said Dlamini during the post-event interview.

In the U17 girls, Jenna Boruvka of Boksburg raced to a convincing victory in the 200m event clocking 24.50, holding off a challenge of Karabo Matlhake of Podium Athletics Club who finished second in the time of 25.27.

Junior Athlete Kamohelo Tsotetsi of Tembisa Athletics Club and Murudu Tshepo of Ubuhle Athletics Club, broke into a sprint finish in the home straight in the 400m to clock 52.46 and dominating the boy’s U17 category. Hannah Van Niekerk of Boksburg Athletic Club triumphed the same distance of 400m girls U17 in a time of 58.37, while Kaylee Le Roux of Germiston Callies Athletics Club settle for the second position in 59.19.

Another stunning performance was the 5km race walk, which saw the spectators’ uproar the name of Lee Nyathi of Waterfall City Athletics Club when she ultimately won without any opposition in a time of 29:19.59. In the post-event interview, Nyathi indicated that she never thought she will win the race. She was happy with the fitness so far.

In the Field events, Samkelo Dlamini who also won the 100m events also dominated the long jump event with the best attempt of 7.35m. He was followed by a strong challenge of Ethan Burger who finished second with a 6.42m jump. Another highlight was the Shot Put performance of Domonique Nel of UJ who won the event in a distance of 10.84m.

The 5,000m junior men event was the awaited race of the day that saw Kamogelo Mabaso of East Athletic Club clocking 16:20 followed closely by Marnu Vermaak of Murray and Robert who secured the second position. Mabaso proved his strength when he accelerate in the last 400m to finish first in a time of 16:20. Mziwabo Mlilo of Cool Running finished 3rd to settle the race in the time of 16:40.

CGA chairperson of Track and Field, Maggie Dicks thanked all the athletes, coaches and spectators who took the time to come and support the league and our athletes. Overall the event was a success, and we are happy with the build-up to the Provincial Championships which will be held on 30 October 2021 and the Inter Provincials scheduled on 27 November 2021.